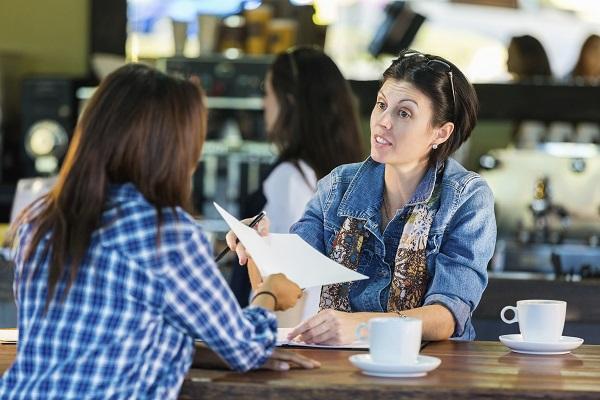 That said, we also firmly believe in the importance of rapport-building in an interview, which will probably involve some small talk. This is especially true when hiring technology staff, however in doing so you may find yourself in uncharted territory. If this happens, steer the conversation back to your prepared interview questions and continue. In the meantime, avoid the below interview topics too:

That list might appear to be overwhelming, but essentially the premise is the same. Simply avoid asking too many questions that could be interpreted to be bordering on too personal. For example, asking someone what they did on the weekend and receiving a response along the lines of: “I went to a picnic organized by the synagogue with my husband and children,” takes you way off course. Bring the conversation back to your set questions immediately, so as to avoid legal risk both to yourself and the business you’re hiring for.

Asking a question such as, “Your boss must have been pleased about your decision to organize the travel itinerary, mustn’t he?” leads the interviewee to feel uncomfortable about saying anything other than ‘yes’. Instead, ask open questions to your candidate can give better insight during the interview.

Looking to hire your next recruit? Get in touch now. If you’re looking for more information on the selection process, read our guide to help you in selecting the best candidate.