A day in the life of a private PA Becoming a private PA can be a fantastic career choice, with plenty of opportunity for professional development and one-of-a-kind experiences! However, do you know what this type of PA job actually involves? We spoke to one of our fantastic candidates, Sylvie1 to find out what a typical day looks like supporting a busy chairman.

7.30am: I’m up and dressed, and have started to go through Henry’s1 calendar for the day. I text him the most pressing things he needs to be aware of. Today, this includes his flight to Israel which has been pushed back. I also remind him that it’s his mother’s birthday so I arrange a present (a blue cashmere jumper and a bunch of red tulips) to be sent from him.

8.30am: I drive over to Henry’s family home and pick up his mail. I also give the housekeeping staff instructions for the week. It’s autumn, and I notice that the leaves have started to fall on the driveway, so I remind the house manager that these need to be swept up twice a day. The housekeeper has packed Henry’s bags for his trip. I double check everything he needs for his trip is packed and take them with me.

11am: I meet Henry at the car and we have our catch-up on the way to the airport. I give him his schedule for the trip and we talk through the details. I realise that the housekeeper forgot to pack his pillow but I keep spares in the trunk so it’s not a problem.

12.30: Henry’s safely on his flight so in the car into town, I call his wife. They are hosting a summer party in a few months so we go through the details and a high-level plan. We’re able to confirm the entertainment but she has some changes to the proposed floor plan. I take notes and let her know I’ll call her after I’ve finished the tasting with the caterers.

1pm: I spend an hour with the caterers going through their proposed menu for the party. All looks in order but they’ve forgotten to include some of the vegan options. I call Henry’s wife and let her know that we’re almost able to tick it off the list.

2.30pm: I’m back in the family office and on the phone to the housekeeper in Israel to let her know that Henry’s running late. He told me that he won’t need dinner so I suggest that she puts out nibbles instead, with a turn-down service. He also decided to invite some friends to the house for the weekend so I let her know that she can prepare the bedrooms.

3pm: The traffic report is awful this afternoon so I call the family chauffeur and instruct him to leave half an hour early to pick up the kids from school.

4pm: Henry’s diary is set for tomorrow so I take the time to do some admin. The family has racked up several parking tickets over the past week. I look at the account and check the utility bills are all in order but notice that an unusually high amount has been debited from the account. It looks like Henry’s wife has bought another horse. He’s definitely not aware of it but I decide to let them work it out between themselves.

5pm: I leave the office to head to my fine art course. Henry has organised this ahead of me project-managing their property fit-out in Tuscany next year.

9pm: My own children are fed and watered so I do one last check of my emails before bed. Henry is happily settled in with his friends in Israel but has told me he would like the hallway paint colour changed to blue. I’ll action it in the morning. We have established a system where, outside the hours of 9pm to 5pm Monday to Friday, texts are for urgent actions and emails are for non-urgent tasks. It works well for us and means we’re able to reach a better balance!

If you’re looking for a new role in private support, or need more information on how a private PA can help to alleviate the stresses of your busy lifestyle, contact Tiger Private at our West End office.

[1.] All real names have been withheld How the pandemic has changed private air travel

We sat down with one of our PA Collective® partners, Chapman Freeborn, to chat about how COVID-19 has changed private air travel. Chapman Freeborn is one of the leading private jet charter firms, with incredible 24-hour global flight support and offices worldwide. Read on for an insight into the world of private jet travel during 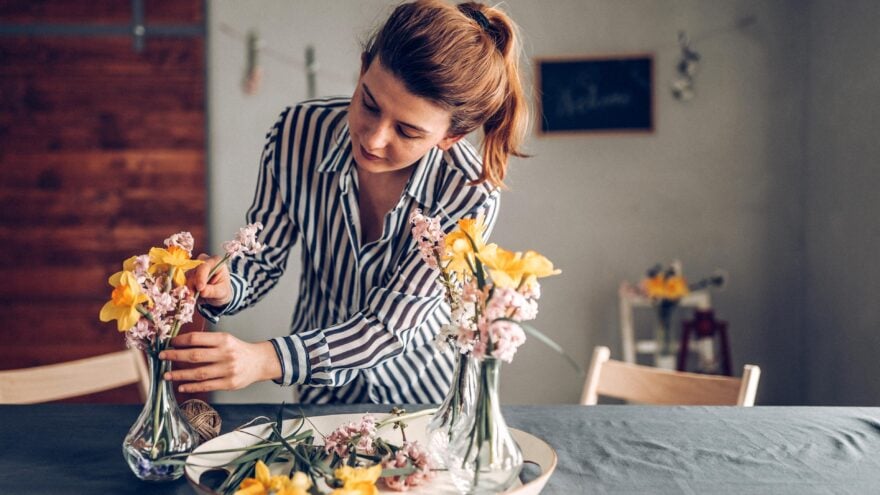 LISTEN: How private household staffing has changed during COVID-19

Coralie Fernando, Head of Marketing and Communication at Tiger, sits down with Laura Glendenning, Head of Tiger Private, to talk through how private household staff recruitment has changed during COVID-19. They discuss the high-quality candidate pool available, the popularity of certain household positions, consolidation of roles and how virtual technologies are speeding up the recruitment